A Fierce Advocate On Your Side

If you and your spouse have children, it can be even more heartbreaking to file for divorce. Above all, your child’s best interests and well-being should be the highest priorities.

As you set out to establish your custody arrangement and parenting plan, be sure to retain a trusted Hingham child custody lawyer to stand by your side and protect both you and your children’s rights. At Sawin Law, P.C., we represent parents throughout Plymouth County. Our firm is determined to help you negotiate or litigate a fair and favorable custody agreement with a comprehensive parenting plan that makes sense for your situation.

Types of Custody in Massachusetts

Massachusetts recognizes both physical and legal custody, both of which can be granted solely to one parent or jointly to both. A parent with physical custody has at least partial physical possession of the child and is responsible for looking after the child when he or she is in their care. A parent with legal custody has the right to make decisions about the child’s well-being and upbringing, including matters of healthcare, education, religion, and more.

If you and the other parent of your child are unmarried, the mother will automatically be granted physical and legal custody of the child until the father’s paternity has been established. At Sawin Law, P.C., we are dedicated to protecting fathers’ rights and can help you establish paternity so that you can have custody of your child.

If you and the other parent of your child are married but divorcing, courts are more apt to grant joint legal and physical custody to both of you. Courts prefer to see that a child has a continuing relationship with both parents, though its priority is to protect your child’s best interests. As such, a court may grant one parent sole physical or legal custody if it deems that best for the child.

Some factors the courts consider when determining custody include:

Reach Out to Us Today

If you need legal representation in your child custody case, turn to the team at Sawin Law, P.C. Our Hingham child custody lawyer goes above and beyond to ensure that every parent’s rights are protected and that every child has a safe and loving environment after their parents’ divorce. 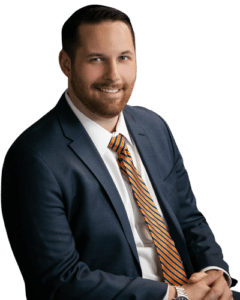 Read What Our Clients Have to Say

Chris and his staff made it easy and effortless for me.

I was going through a pretty ugly custody battle. The process is hard enough to navigate but with the times being what they are in 2020 I couldn't imagine going through this without Chris's help. I ended up with custody of my son and pretty much everything we were asking for. Chris and his staff made it easy and effortless for me. From one Marine to another, Semper Fi brother and thank you for all you've done.

Chris is a rare find.

I have known Chris for quite some time and am consistently impressed by his character and professionalism. I see Chris every Tuesday for a networking group and each week he has another success story for helping someone get what they're owed. Chris helps run the networking group and if his punctuality, willingness to go the extra mile, and attention to detail he displays as NRBA's VP is any indication of his professional practice, Chris is a rare find.